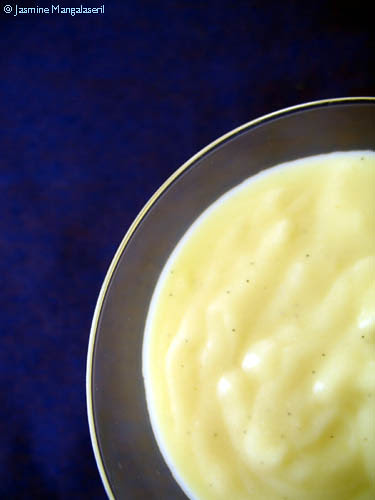 Something--and I'm not sure what--wheedled its way by my immune system and left me flat on my back for a couple of days, unable to keep anything down.

I'll be kind and save you from reading a detailed diary of my biological functions, but suffice it to say, I am not amused with this constant nausea and ongoing tummy ache. And the fatigue. Extreme fatigue.

But when the mere thought of food makes one moan with disgust and trigger a deep breathing campaign to quell heaves, my normal escape become torture.

All that said, I have learned that my gag reflex is a bit nonsensical and rather choosey as to what sets it off.

The following had me reaching for the remote:

Yet the following had no impact on my queasiness:

The Bieber thing I get. But mushrooms?

Needless to say, my tummy has been quite tricky as of late. For the first couple of days all I could really have was tea, ginger ale, rice and pudding.

Easy to make and easy to eat. I fully admit to going for instant pudding the first night: two minutes with a hand mixer and I had several "meals."

Once I was feeling better (but still not really up to eating anything too solid) I eschewed the packet mix and made my own pudding. It's simply a custard, with extra thickening power thanks to cornflour (cornstarch). It doesn't take that long to make, but unlike a packet mix, it does need about an hour to set in the fridge. 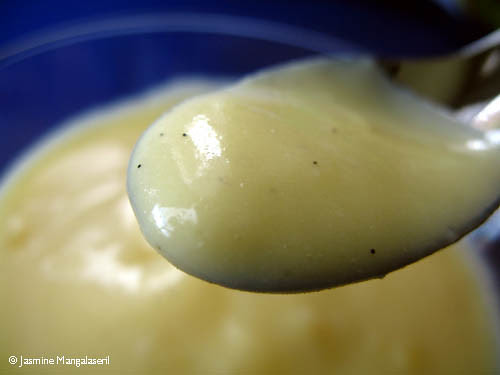 Mix the sugar, cornstarch and salt and combine with milk. Scald the milk while whisking continually--the mixture will thicken quite a bit because of the cornstarch. Take off the heat and let cool for a couple of minutes.

Temper the yolk by slowly dribbling the slightly cooled milk mixture into yolk, whisking all the while. Slowing increase the milk's stream until all of it is mixed with the yolk.

Rinse and towel dry the pot you scalded the milk in and pour the custard in to the pot. Return to the hob and over lowish heat, whisk until the mixture boils. Mix in the butter and vanilla.

Seive out the scrambled eggy bits (if you wish) and pour into bowls (covered with pressed-down clingfilm, again, if you wish), and refrigerate until set.

hope you are feeling better! this pudding looks nice.

I am glad you are feeling better Jasmine. This pudding is a classic.

I hope you are feeling better! Pudding is such great comfort food. I haven;t made simple, lovely vanilla pudding in forever, thanks for reminding me that I love it!

I hope that your tummy settles down soon so that you can have the good stuff. For now, this pudding sounds delicious - and looks better than the packet stuff.

My apologies for being sick- it seems to be going around. But I don't think I have come across a recipe for vanilla pudding that didn't contain instant pudding mix. This looks delicious! Thanks for posting!

I can see how the texture of this pudding would be comforting after being so sick. Looks delish!

Jasmine, honey ~ Get well soon! I'm glad you made the pudding from scratch. It always feels more wholesome and healthful (yes, I know there is sugar in it, but there are not any weird stabilisers and preservatives). Vanilla does seem to soothe the tummy. My angelheart Eric and I ate a milk tart that a South African friend had made for us - it was comforting and delicious. I hope your vanilla pudding is just what the doctor ordered.

It was a nasty bug and almost two weeks later I occasionally feel queasy...bah.

Glad you like this recipe--it's so much nicer than box puddings...if I do say so myself. :)