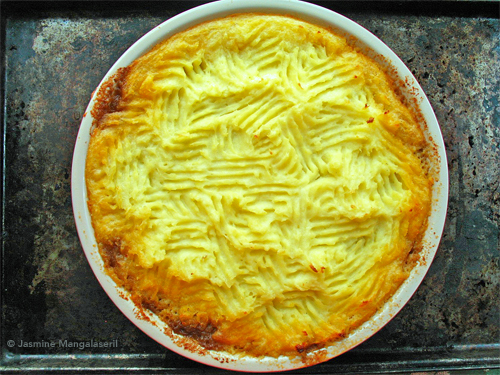 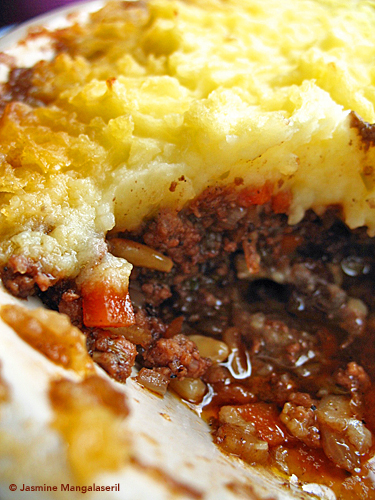 Worts and all: Beer with the Culinary Historians of Canada

This tradition continues today in our start-up city.  In amongst the several hundred app-building, drone-designing and whoseywhozzits-making tech startups, a new group of small brewers set up shop.  I think this is why our Waterloo Region Museum set up an exhibition that celebrates our fizzy and worty nature.

The Culinary Historians of Canada came out to catch the exhibition, partake in some Waterloo County fare, and tour one or newer breweries, Block Three. I recently became a member of the CHC and joined them for the day--and I'm glad I did as I got to meet and hang out with some lovely people who are keenly interested in Canadian foodways.

Of course, my camera came in tow, which was put away during lunch (yes, I did).  Sorry: no pics of the cream of tomato soup with mushrooms and peas, mixed greens salad with orange-saffron dressing, glazed Atlantic salmon, schnitzel with sauerkraut, chicken breast stuffed with prosciutto and Swiss, penne with chèvre, Dutch apple pie or triple chocolate mousse cake.  Maybe next time.

From Beer! The Exhibit
The Regional Museum is one of my favourite spaces in Waterloo Region. It's multicoloured exterior always makes me smile, and I'm usually there for an event hosted by an awesome organization. We've got a good team who puts together thoughtful exhibitions, and this one is no different.   They informed us about how beer is made, and our local brewing history, including The Heuther, The Brick, Kuntz and Carling, as well as Block Three, Abe Erb, Waterloo Brewing and others.  There were displays of the various styles (ales, porters, stouts, wheat, &c) and societal happenings such as the Victorian beer saloon, prohibition, and KW Oktoberfest.  They also gave space to The Empty Shoes Project. 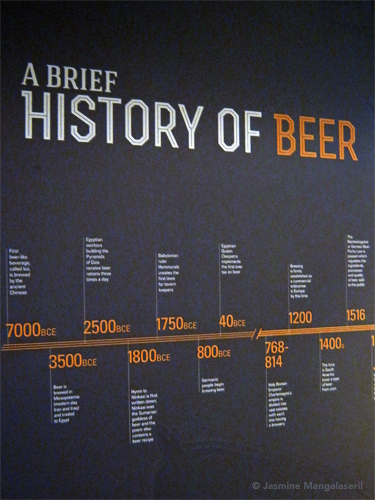 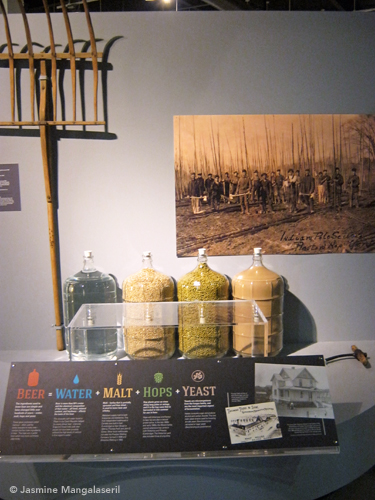 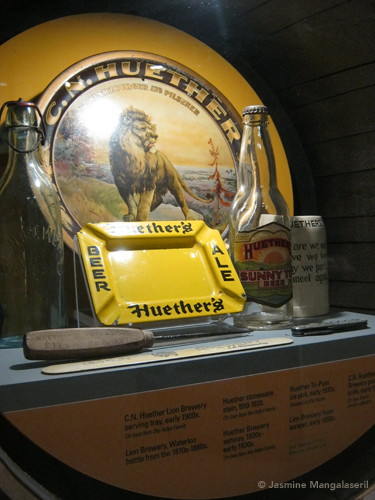 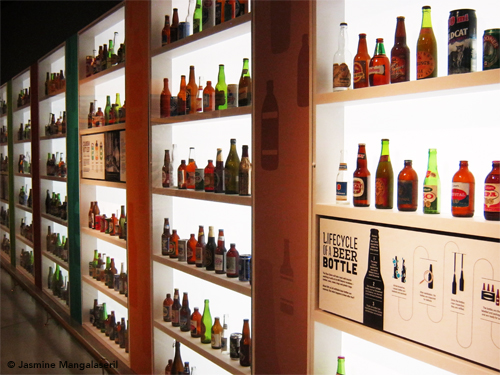 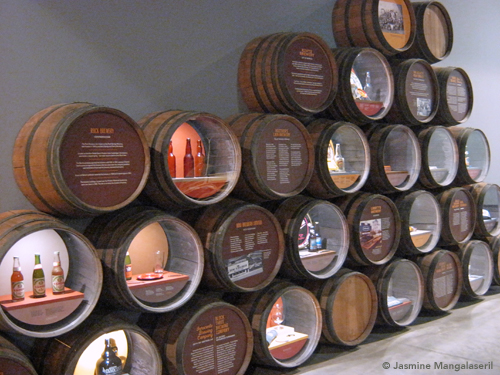 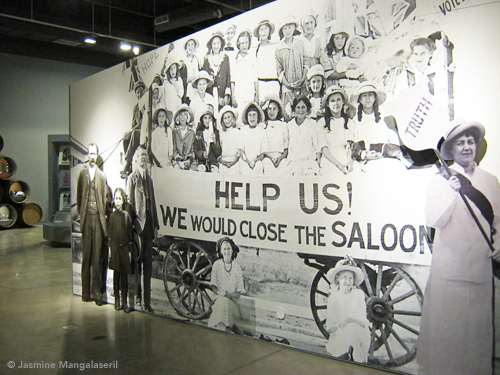 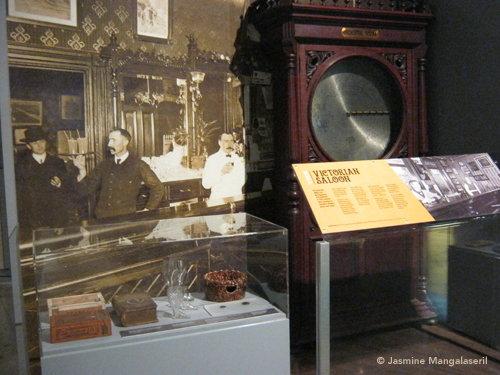 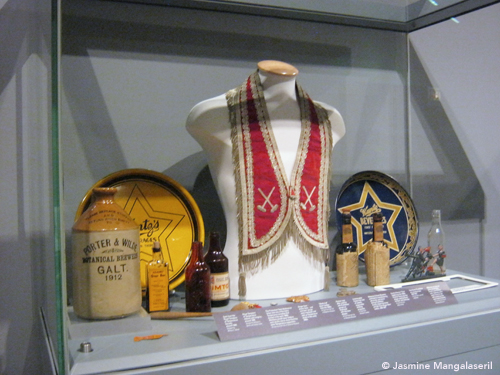 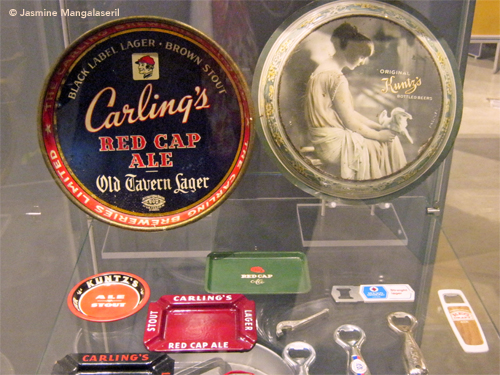 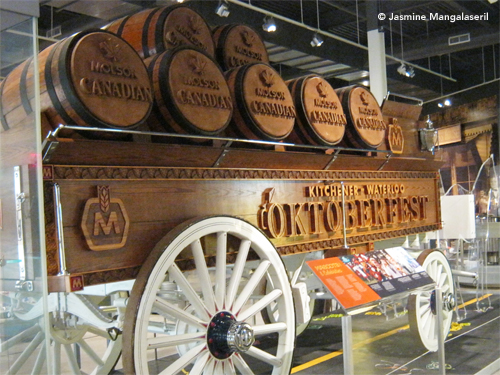 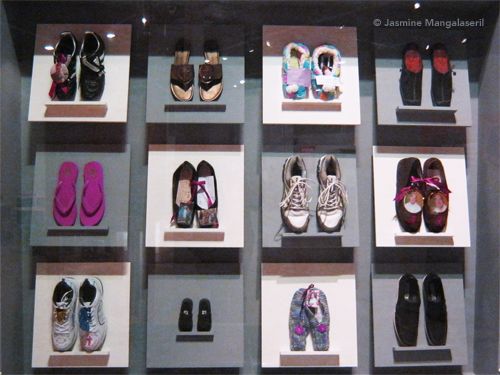 From Block Three:
Block Three is one of those cool spaces tucked into an unassuming building.  Open the door and you find yourself in a publet.  A tiny little pub, where everything on offer is brewed on-site and the selection changes every week. After gliding by the merchandise counter where you can buy jugfulls of beer, soaps that look like beer, or branded coasters or T-shirts  (yes, a bright pink one came home with me), is the pub.  On the back wall, behind he bar a chalkboard lists what's available on tap or by the bottle, and a case of hand-thrown clay cups line shelves, ready for their owners' next visit. Those of us of a certain age think we've entered a bit of a time warp as there's a proper old-school record player spinning vintage vinyl, along with a collection of board games available to be played. There were four beers available for sampling: King Street Saison (available year-round), Jane Blonde, Blocktoberfest, and (my favourite of the four) Frankenstout.  For those in Ontario, but not near St. Jacobs, the Saison is available in the LCBO. We stepped into the brewery where they had a number of fermenters on the go, and tucked into a corner was a special order for a local high tech company. 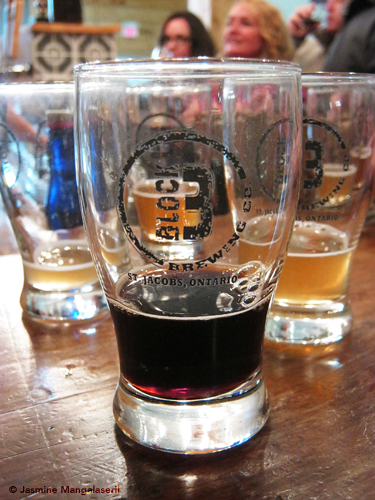 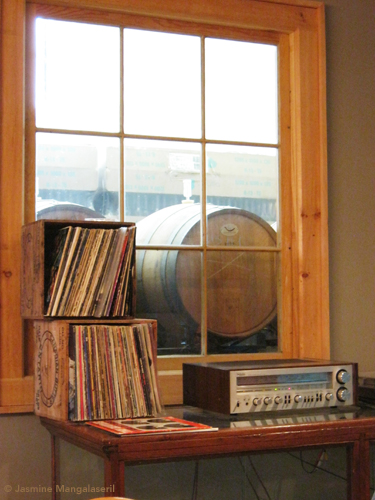 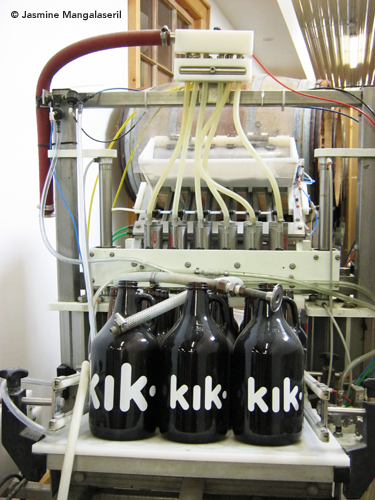 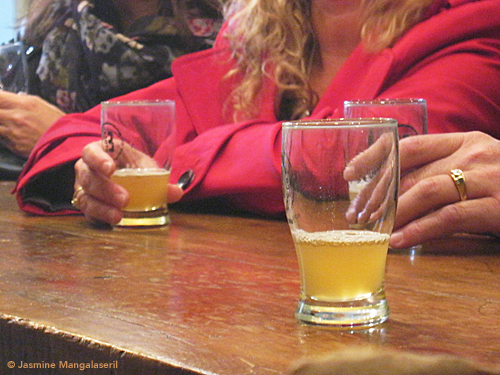 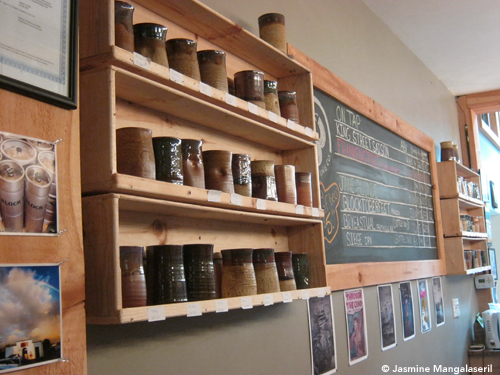 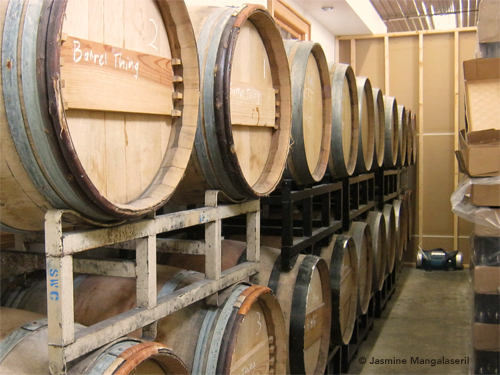 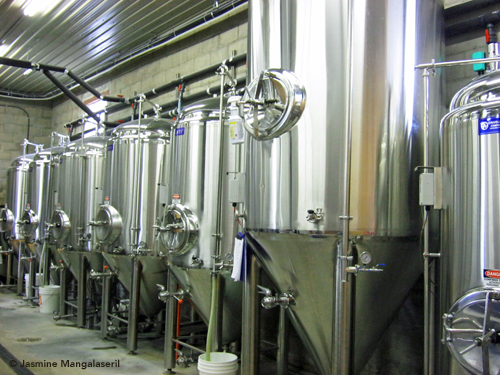