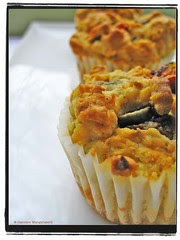 My sweet tooth is shrinking.
I can feel it.
I've made two batches of brownies in the past six weeks and could barely get through one piece...in total.
I've migrated away from muffins, fruit and/or honey-sweetened granola. I don't really want a sweet in the evening.
That said, I still want to bake--I turn out the occasional cake, but I'd rather try my hand at BBA.
The other week, when I made my Curried Roasted Squash Soup, I wanted something to go with it. I didn't want a slice of multigrain bread, nor did I want crackers.
I played with my Guacamole Muffin recipe and came up with this. It's quick, and easy and a tasty combination of moist, savoury and a bit of sweet (from the tomatoes). And yes...it's a lovely breakfast. 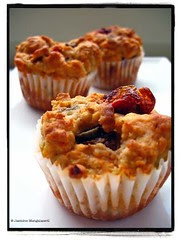 Sift together all the dry ingredients, including herbs, spices and sugar. Set aside.

Beat together the egg, milk and oil. Add in the in the tomatoes, cheese and avocado, but do not stir.

Lightly fold in the egg mixture into the dry, without breaking up the avocado and cheese. The batter should just barely come together. It will look lumpy and there may be dry spots.

Divide the batter between the 12 papers--you will probably be filling each bun to the top.

Bake for 25-35 minutes or until done. An inserted skewer will come out with a few crumbs and the tops will be golden and firm.

Notes:
- If you don't have roasted tomatoes, you can use the same volume (one cup) of chopped sundried tomatoes.

Email ThisBlogThis!Share to TwitterShare to FacebookShare to Pinterest
Labels: Muffins

Me: "I think I'll become a nun."
Friend: "You won't like wearing black and white."
Me: "Maybe if it were sequinned."
Real conversation...today...Valentine's Day.
I think the above says it all, and my current romantic predicament.
So here I am, looking for Mr. Right...again. He's elusive and at this moment I'm not sure he actually wants to be found. At least not where I'm looking.
Even though it seems more scammers and married men (who, in my opinion, are just another type of scammer) are on those sites, it also seems as if things haven't changed much since I was last on: same games, different players...mostly.
So instead of my obligatory Valentine's Day foodish offering, I've decided to jot a few crumbs of advice, and a couple of observances to assist my fellow connected lovelorn.
No, this isn't going to be a "what's wrong with men" piece--I'm more than certain both sexes can learn from the below. I'm also certain there's an equal set of points which could be directed to women, but I'll leave that to someone else to write. Regardless, the following is based on real profiles, correspondence and dates.
Online dating, in general:
Profiles:
Photos:
Contact:
Have the sense gawd gave a goose:
Well, I think that's it for me for this year.
If you're with someone today, find different ways to tell them how much they mean to you every day.
If you're a fellow singleton, and looking for someone special, I hope you find someone lovely who will add joy to your life.
And if you're they guy in the not quite fitting Spandex cycling outfit...really...don't use that photo.
Note: This post has been edited to accommodate other points that should be added to this list.
cheers!
jasmine
I'm a quill for hire!
Posted by jasmine at Tuesday, February 14, 2012 2 comments: 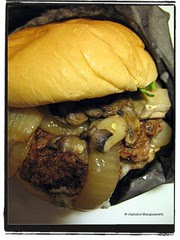 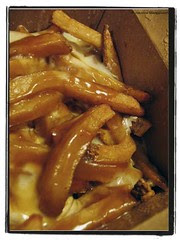 (along with other things that came from oil- and sauce-spotted containers, icing-stickied paper sacs, and lidded plastic cups which barely contained melted sugary goo topped with more sugary goo), 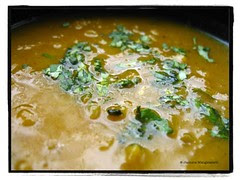 It's time for a bit of temple food after a week--and more specifically a weekend--of semi-hedonistic cavorting with old and new friends. More veggies, less meat. More roasting and steaming, less frying.
My week is still busy, so the simplest thing for me to pull together as part of my recentring was a pot of curried roasted squash soup. Like most soups (and most things I cook), I made it on the fly. I roasted the squash when I got home, let it cool overnight and made the soup the next night, after work. The end result was sweet and spicy, creamy with a bit of an edge. Exactly what my body craved. 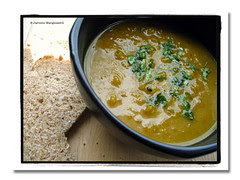 Curried Roasted Squash Soup
Yield approx 1.5-2L, depending upon how thick you like your soup.

Cut the squash in half. Scoop out the pulp and seeds.

Place the squash halves, cut-side down, on the oiled foil-lined tray and bake for about an hour or until the flesh is fork tender.

Remove from oven and let cool. When the squash is cool enough to handle, peel off and discard the rind. Chop the flesh into large chunks.

Fry the curry powder and turmeric in oil until fragrant. Add the onions, coat with the curry mixture, and cook until soft and translucent. Stir in the ginger and garlic until they release their oils.

Add the chunks of cooked squash, and give the pot's contents a good turn or two with a spoon. Pour in enough water to cover the squash. Turn up the heat and let the contents come to a boil for about 10 minutes. Turn the flame down to a simmer, lid the pod and let blurble for about 30 minutes, stirring occasionally.

By this point the squash should easily yield to the pressure of a wooden spoon, if not have totally disintegrated. Either mash the squash, blitz with a hand whizzer, or puree the soup, in batches in a blender.

Return the soup to the pot. Over a flame, thin with more water to a desired consistency. Stir in Worcestershire sauce and vinegar. Add salt, pepper and chilli powder (if using) to taste.

If you wish, serve with a dollop of sour cream, chopped coriander leaf or parsley.