My Darling One: Nine Years later 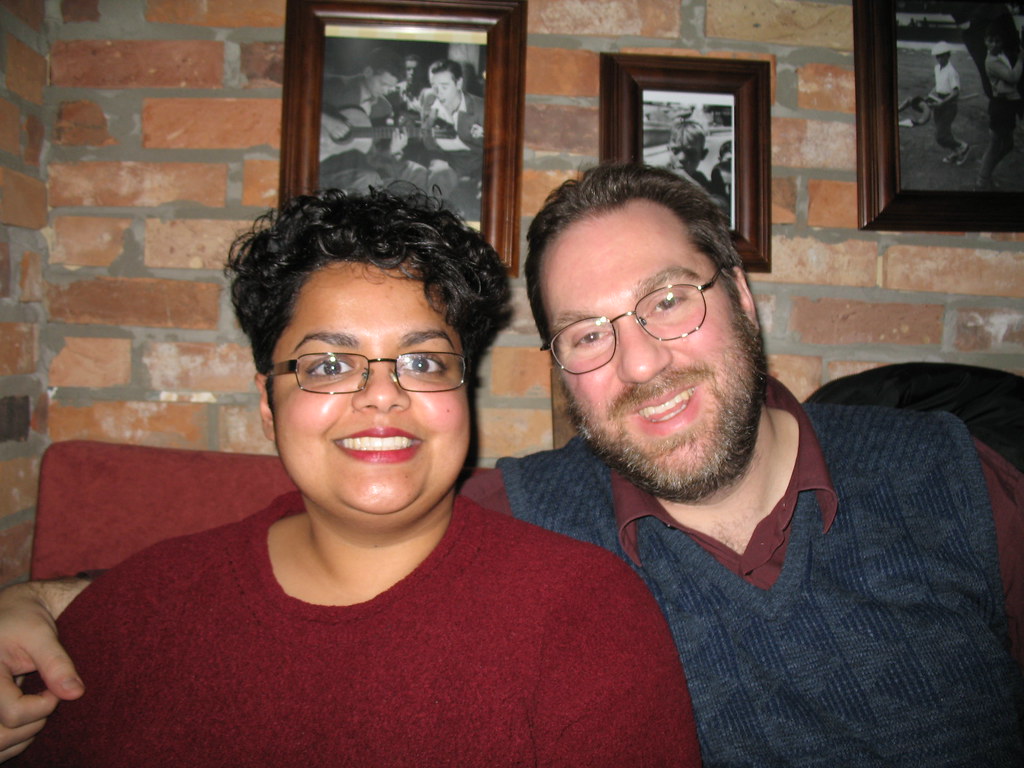 Every year is different, but one thing remains the same.  I feel more in July than I do in other months.  It's like having hypersensitive skin that prickles at the slightest brush--except the feeling is purely emotional.  Highs are higher, lows are lower and everything in between is just...more. It's just something I've gotten used to, for better or for worse.

While many of us reach out, lend a hand up, and invite in, the terribleness in my feeds is heartbreaking.  Thankfully, for every person who parrots mantras that propagate small-mindedness, prejudice, and entitlement, many more embody fairness, compassion, and inclusion. It's these positive traits that came easily to Michael. 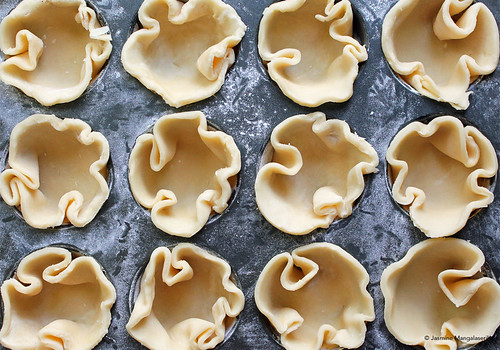 As difficult as July is for me, it was made more so when an old friend of mine (and I think Michael's) passed away last week.   I met Stephanie when I was in uni and we were both part of a university-based theatre group.  We may have met before that when we were in Junior Achievement, but I can't be certain. She was a bright and passionate spirit.  She spent her final years in the Boston area.  She found her tribe and from what I can tell, she flourished.  I am so happy that she found that happiness before she passed.  She was only a few months older than I.

As I've often said, we pass only after we have learned what we need to learn, have taught what we need to teach, and we live on through those lessons we passed on.  Stephanie will live on. 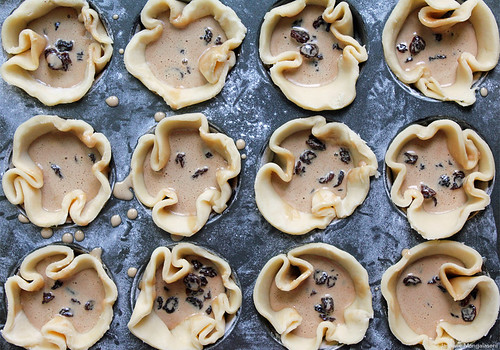 In reading the threads marked and celebrated Stephanie's life, one food came up several times: butter tarts. Even though she was in the States for a while, she was still a Canadian girl at heart.  And I think, a Waterloo County girl (at least when it came to butter tarts).

As Canadians know, your hometown's butter tarts are the only real butter tarts.  The rest just aren't right.

When I read some of her American friends wanted to make them and posted links to other versions, I piped up with what we have here in Waterloo Region, as popularised by my friend, Edna Staebler. According to a friend who grew up in the County's rural areas, her version is reasonably faithful to how we do things here.

What makes a Waterloo County butter tart different from the others?  Well, I haven't made a formal study (if only because they are one of my migraine triggers) but I do know Edna's call for a rich pastry crust (not a flaky dough), raisins (divisive at the best of times), and do not call for corn syrup (anyone who's made a caramel or butterscotch sauce knows the role syrup plays...our tarts have the sought-after gel-gooeyness without it).

To remember Stephanie, I made some tarts, adapting Edna's rules so I could get a full dozen (the original used old measurements and made 8-10).

Would Michael approve?  Absolutely.  He'd complain that his diabetes meant he couldn't eat them, but those protests would be short-lived and he'd simply dial up the insulin.  As one does. 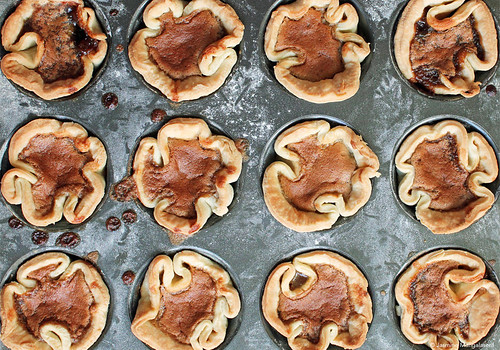 Butter and flour the bowls of a 12-bowl muffin tin.  Line with pastry and pop into the fridge.

Beat the egg, add the sugar and salt and beat again.

Divide into tart shells, and fill to almost half-full and bake for about 15 minutes.

Make the pastry in the usual way. Chill the dough for at least 30 minutes before using.

Roll to about 3-5mm thickness and scry your pastry cases. 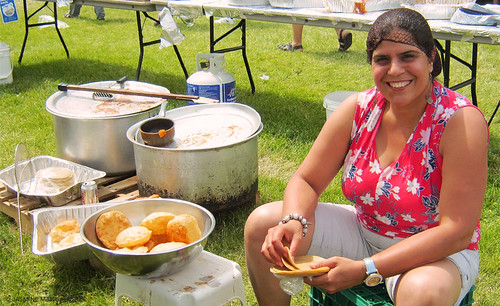 It’s hard for me to gauge how concerned the average Berliner was with amalgamation and renaming. Whatever stresses they had probably weren’t too far off what the average Kitchenerite has about current municipal issues. In other words, those who feel they have something to gain/lose are most concerned, but as for the rest: meh.