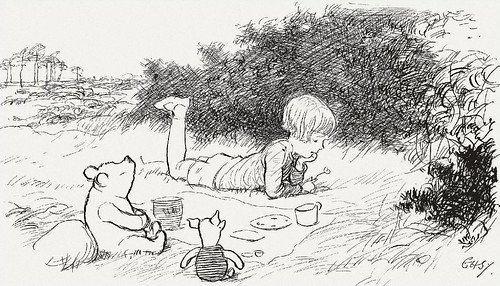 I like the Internet’s capability to support a jumble of voices. Different viewpoints. Different beliefs. Different experiences. Many work hard to quash that multiplicity. Many more work hard to keep it. I don’t agree with everything I read, but then again, in a democracy, I don’t expect to.

Social media's allure rests in the fact that it empowers
Social Media wrests authority from states, institutions, and corporations – the structures that traditionally (try to) control people and information. It gives marginalised and disenfranchised people both voice and community through discussion and collaboration. For better or for worse, it removes physical, educational, experiential or geopolitical restraints that traditionally precede accomplishment and recognition. It also blossoms friendships and reconnects long lost loves.

As more opportunities appeared online, more people and organisations took notice. Social media didn’t so much grow as explode. On the way to being the easy and quick path to the magic jellybeans of audience, authority, and money, those restrictive structures – from which early adopters tried to escape – became part of the online fabric’s warp and weft. But just as those states, institutions and corporations continue to try to impose their biases and rules on the Internet, some people feel entitled to do the same. Whether they act alone, band together in an association or align with traditional seats of power, they attempt to shape others’ behaviours and standards.

What empowers the bad also empowers the good
I see and understand both sides. It’s not that I have to, but I choose to. That choice was born of 23 years traipsing through Usenet, newsgroups and blogs; years before marketers and self-styled visionaries coined the term “social media.” In that time, I’ve learned that regardless of online controversy or development, social media thrives because of creators, facilitators, learners, and doers. They continue to build on ideas and create communities, despite what thieves, nay-sayers, poseurs, and slackers may say or do. In other words, the online world mirrors the real life world.

Individuals shape a community, and that community changes as people flow in and out. While many are oblivious to inner machinations and movements, emotions can run high as people rise, fall or feel stuck in neutral. It’s like any schoolyard, workplace, little theatre group or beauty pageant.

Things evolve
September 2015 marks my tenth year food blogging as Confessions of a Cardamom Addict. My focus was and remains personal food-based storytelling. I wasn’t alone. In those early days, many of us shared our voices and formed a community that celebrated diversity and encouraged individual expression and growth.

Soon, the world took notice: publishers bound our work; filmmakers adapted our lives, and marketeers descended on us. Our community grew. And grew. And grew.

Plus ça change, plus c'est la même chose
It was hard for some of us not to notice an emerging subgroup that coalesced around authority’s new standards: reach, keywords and brand-building. They sought and claimed underexploited niches. They pursued exposure as fervently as they courted product and giveaways.

In this brave new world, new structures appeared. They rallied and organised. Their conferences and workshops taught participants about monetisation, SEO, and how to work with marketers and agencies. Biases spread through best practices; preferences became rules of engagement. While some new bloggers were diarists or simply wanted to share food, other newcomers searched for legitimacy through fame, fortune and free things. Part by part, great swaths of food blogging’s elaborate cacophonic chorus began to converge into a simple auto-tuned melody.

As with politics, one clique’s view isn’t always embraced by everybody. Regardless of what happens within food blogging’s teacup – and it is a teacup – there is no agreed common purpose:
Here lie the dichotomies that are food blogging.

Here's the important part: these same differences in approach indicate a vibrant ecosystem.  It's one that's supportive of disparate voices and pursuits.  No one view is correct; no one view is incorrect.

Some people get it; others don’t.

Those who tout a monoculture can cast a pall over our community. Those questions from 2007 that focussed on writing, inspiration and food are replaced in 2015 with investigations into traffic levels, received offers, and how to contrive a personal publicity gambit. It’s both hilarious and maddening to read their comments and hear their chatter. When they blurble “smartest person in the room” chestnuts or become imperious with “Queen/King of the playground” popcorn, it becomes second nature to reach for a grain or two of salt.

Reading between the lines
Whenever you do something, you leave yourself open to reaction. Some compliments are deserved – a beautiful photograph, words that evoke forgotten memories. Some complaints are just as warranted – factual inaccuracies, a missed oven temperature.

Frankly, it’s the undeserved jeers I receive, which interest me. Caustic comments try to diminish me and puff up the speaker; “encouraging” suggestions masque condescension; narrow-focus subjectivity is guised as broad-stroke objectivity. Clearly their words aren’t about my improvement or a healthy online food community.  Their words focus on their convenience by curbing my approach or whittling the depth and breadth of voiced ideas:

1. I use my own words and draw from my experiences.
I read widely and voraciously. My everyday language includes words such as schmecks, unfettered and primrose. I love the onomatopoeia of squidgy and clatter. Just as my experiences reflect my eclectic words, my words reflect my eclectic experiences. I reference dictionaries and conduct Google searches – and I assume my audience can do the same. Being bullied into adopting an artifice where everything’s in Flavour Town (sorry, Flavor Town), yum-o, dripping in awesomesauce, or stripping down my vocabulary, so a batter is merely “yellow,” is unfairly restrictive and, I think, insults my audience.

2. My content reflects what I eat.
Home cooks trained my palate. I write about the foods I was raised with and what I share with friends, research, or experience. I don’t have ethical or severe medically-induced food restrictions. I don’t follow groupthink, and I would be hard pressed to identify a food trend. While I respect others’ food choices, I am not responsible for someone else’s failed gluten-free-vegan-carob’d recipe reformulation for a different pan size of my wheat flour-butter-egg chocolate cake. Contrary to the speaker’s intention, comments that my foods aren’t like cello-wrapped gas station offerings are compliments.

3. I’m old school. Sort of.
The way I cook reflects what family and Home Ec teachers taught with wooden cutting boards, sharp knives and box graters. Some of my techniques and practices were birthed before cookery shows, food processors, and before European mathematicians adopted “zero.” Some of my tricks are from those whose authority comes from expertise, not camera tests. I use all my senses, including common sense. My kitchen would be less fun to be in if I stopped using my fingertips to rub grated frozen butter into flour. My blog would be less satisfying to write if I could never mention the song of a roasting chicken, but only talk to a flashing digit on a thermometer.

4. Game playing is for game players.
I appreciate my readers. They aren’t stepping-stones, and I don’t reduce them to a number. I think it’s dishonest to buy mailing lists to tell product marketeers 50 bajillion people receive my newsletter. I question the ethics of telling publicists to let me into their exclusive event because I blog. Those “my baubles are sparklier than your baubles” -type pissing matches are pointless and demeaning. I believe in growth through an honest voice combined with engaging words, not through algorithmic sorcery to pump up a projected (and often artificial) persona. I measure success through adventures with ingredients, broadened horizons, and heartfelt words.

5. I let the quality of my work speak for itself.
I’m an adept writer and middling photographer, whose recipes work. What I offer attracts some and repels others—that’s the way the cookie crumbles. Kind notes received from someone who stumbles upon my blog are valued just as much as recognition through speaking invitations, publishing offers, screen test requests, and newspaper interviews. I don’t envy bloggers who find themselves in a beam of sunshine, and I won’t treat them as undeserving of media attention or other recognition. I believe journalists, publishers, and readers are discerning and smart, and can see through brand-building and other contrived attention-seeking campaigns.

This makes me want to stand at my desk right now and thrust a fist of solidarity into the air. Nearly two years later, and the page is still on fire. Absolutely agree. Thank you for fanning what I've been thinking about for the past few months.

Thanks, Kelly! Happy to help further the discussion :)